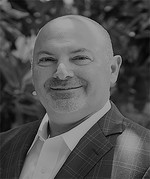 Mr. Aquino joined SeaChange International as President, Chief Executive Officer and a director on the Board of Directors in September 2021 following a successful tenure at Spartacus Acquisition Corporation (“Spartacus AC”) (NASDAQ: TMTS), a special purpose acquisition company, where he currently serves as Chairman and CEO. Spartacus AC has announced a business combination with NextNav, a leader in next generation GPS, which is expected to close in Q4 2021. Mr. Aquino is expected to continue to serve as Spartacus AC’s Chairman and CEO until its business combination with NextNav closes, and he expects to join the board of NextNav upon the close of the business combination. Prior to Spartacus AC, Mr. Aquino held lead executive positions at a range of leading technology companies, including: Chairman and CEO of Internap Corporation, Chairman and CEO of Primus Telecommunications Group, and President and CEO of RCN Corporation. At RCN Corp, Mr. Aquino led the company’s transformation into an all-digital HDTV cable multiple system operator (MSO) and created an advanced Metro-fiber network. Mr. Aquino began his career at Bell Atlantic (now Verizon) in 1983, and has served on numerous public company boards, including: Lumos Networks, FairPoint Communications, Alaska Communications, and TiVo Corp (prior to its sale to Rovi in 2016). Mr. Aquino holds a bachelor’s degree from Montclair State University in New Jersey, and an M.B.A. from George Washington University in Washington, D.C. 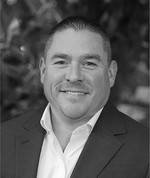