In the news release, Screen iL Selects SeaChange as Technology Partner to Launch Streaming Platform featuring Israeli TV and Film Content for Israeli Ex-Pats and Consumers Worldwide, issued 02-Aug-2021 by SeaChange International, Inc. over PR Newswire, we are advised by the company that the release should also include the following three embedded images. The complete, corrected release follows:

Only legal platform to broadcast a variety of Israeli channels and content outside country; 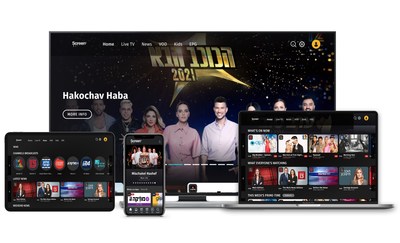 The new premium streaming service, built for Screen iL by SeaChange International, Inc. (NASDAQ:SEAC), a leading provider of video streaming platforms used by media operators and content owners, is the only legal platform to broadcast a wide variety of Israeli TV channels, films and other content outside the country. The bilingual Hebrew and English content will be actively marketed to consumers in the United States but open to Israeli film and TV lovers globally.

"We founded the Screen iL service based on our own experience traveling abroad and feeling an emotional need for a window into Israel," said Ben Berner, CEO, Screen iL. "Whether it's news, comedy, humor, shows, movies or Hebrew; living abroad creates an emotional need to stay connected – we've all experienced it and that notion was the idea and the foundation for Screen iL."

"Streaming technology is enabling content owners to expand their footprint and reach a global audience with a user experience catered to each individual consumer," said Greg Ireland, research director for TV and OTT Video at International Data Corporation (IDC). "Innovative technology companies are making it easy for content owners to enter the direct-to-consumer market, support their brand and monetize their content."

"Bringing the Screen iL service to life and the chance to serve the Israeli diaspora and lovers of Israeli culture around the world has been a labor of love for our team," said Robert Pons, executive chairman, SeaChange International. "Both project teams are fully aligned and committed to the long-term success of the business."

At launch, Screen iL will contain the most comprehensive collection of Israeli films, pre-taped and live Israeli TV in the world – outside Israel.

The movie library contains nearly every Israeli movie ever produced and especially those which won awards in Israel including Israel Ofir Prizes (local awards) to The Cakemaker, Fill the Void, Wedding Doll and Synonyms plus Oscar nominated films including Footnote, Beaufort, Sallah and The Policeman. Top content sources include Keshet (known as the creators of hit shows such as Homeland), Reshet, RGE, NMC United, Imagine Media, Teddy Productions and Armoza Formats.

Interested consumers can choose between two all-access subscriptions – $19.99 monthly or $219.99 for a yearly package.

"The SeaChange team understood what we wanted to accomplish right at the inception, and its robust streaming platform has allowed us to bring our vision into reality," said Albertino Matalon, co-founder, Screen iL. "We appreciate the flexibility and numerous monetization options built right into the platform and look forward to growing our business together with SeaChange."

StreamVidTM is a trademark of SeaChange International, Inc. All other trademarks are the property of their respective owners. 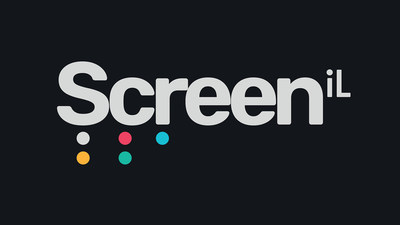